This August we are celebrating the 25th Anniversary of Feed Supervisor®.  What started as a dairy consulting business has expanded to innovative software solutions that fit seamlessly into the daily routines of dairy farmers. Today, we offer nutrition consulting through KS Dairy Consulting and three software programs: Feed Supervisor, Truck Supervisor, and Hoof Supervisor. Our services work together for our farmers, supporting efficiency on their farms and empowering them with data-driven decisions to improve profitability.

Caring for our farmers is at the forefront of what we do. We care about the results for our customers. Feed Supervisor was created out of the need for dairy farmers to have systems to monitor and manage the critical data on their farms. Feed Supervisor tracks and reports feed costs as well as savings opportunities through measuring shrink, clean-up, and operator error.  This straightforward program produces practical reports that help farmers care for their cows.

A lot has changed over the past 25 years, but the core of our business has remained. Our experience in understanding farmers’ needs and pioneering innovative solutions that work for them. We offer straightforward and reliable tools that are there when they are needed most. We know the farmers we work with, and we care about their success.

We are proud of the work we have done for farmers over the past 25 years. We look to the future, as we celebrate our history. 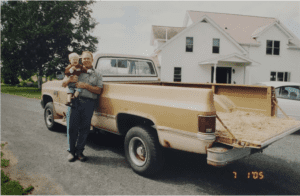 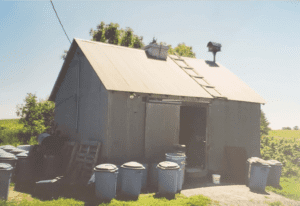 1996 Kow Sense
As dairy consultants, we saw a need for farmers to be able to track their inventory. With no product like it on the market, we created a solution. Kow Sense was the precursor to today's Feed Supervisor. It provided customers with dry matter intakes, bunk management, and feed costs.

1999 Feed Supervisor® - Scale Interface
The second release of Feed Supervisor was a huge leap into the future with a scale interface and wireless transmission of data to the scale. It also added the much-desired piece of Operator Performance tracking.

2002 Weather Station Interface
The weather station was a unit that was installed at the dairy to collect and transmit specific weather data to the farm computer. Then it could be entered into Feed Supervisor software. 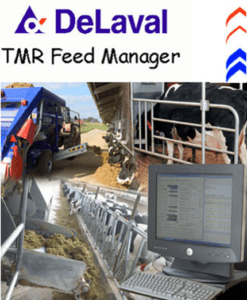 2007 Ration "Step-Up" Technology
Ration "step-up" technology was incorporated into Feed Supervisor allowing important feed ingredient changes to be made automatically, over an appropriate number of days. 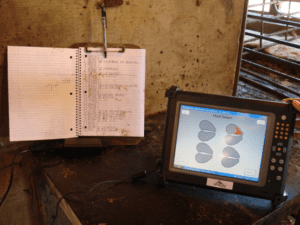 2009 Truck Supervisor™ System for Platform Truck Scale Release
This system connected the farm truck scale wirelessly to Feed Supervisor with inventories of incoming ingredients or outgoing milk weights. With inventory the most underused portion of a feed management system, we created Truck Supervisor to meet this need. 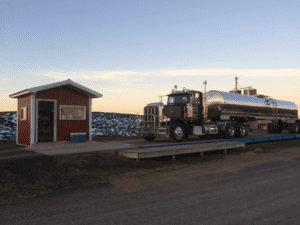 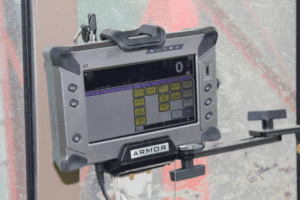 2013  Feed Supervisor® Adds Open Feeding Mode
This mode is used by heifer and beef feed lots. It allows operators more control over where, when, and how much feed is being delivered to each pen. 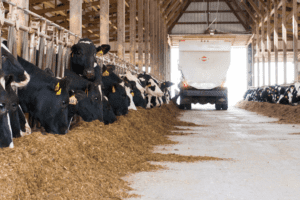 2014 Feed Supervisor® Adds Enhanced Rations
Operators could now mix 2 similar rations together, unload to a pen, then add other ingredients before unloading to the next pen. This helped them to utilize a large mixer for small loads while still mixing well.

2014 Feed Supervisor® Stationary Mixer Support
Feed could now be mixed in a stationary mixer and then the load could be wirelessly handed off to another unit to record delivery to the pens.

2015  Feed Supervisor® Adds Customizable User Interface
Users could now create shortcut links to their favorite screens and reports. This made it easier to find those reports you use every day. These shortcuts can vary for each user that logs in.

2016  Feed Supervisor® Adds Remote Workstations
You can now access Feed Supervisor from any computer within your local network. This gives your team access to data and reports without crowding into a single office.

2016  Feed Supervisor Adds Harvest Supervisor™ Import
This import tool allowed you to bring in harvest data from your chopper, combine, simple truck scale, or even from a spreadsheet. This helps connect other systems with Feed Supervisor. 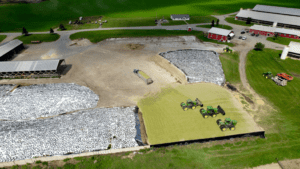 2018  Feed Supervisor® Adds More Inventory Management Tools
New options were added to include feed contracts, feed groups, and feed storage locations. All of these tools can be used to sort inventory transactions and track/project feed usage.

Our best selling feed software just got an upgrade!

New to our feed managment system, or are a current customer? This is for you.